What are some Aquarium fish diseases and treatment? You’ve built up your ideal aquarium, complete with lovely fish and a stunning appearance, but then something goes wrong: your fish begin to die, or they exhibit unusual behavior.

There’s a good chance your fish has contracted an illness. But don’t be alarmed! There are techniques to treat it and ensure that it does not happen again. In this article, we will discuss about some aquarium fish diseases and treatment

Many bacteria, viruses, and protozoan life-forms dwell in your aquarium and in your fish. Many of them are ‘good’ to have since they maintain the proper balance. Even the living forms that cause illness are present, yet they do not cause difficulties because of the equilibrium.

When a fish is stressed, whether from unexpected changes or an unbalance such as the introduction of a large number of viruses, it is at significantly higher danger.

What can you do to avoid it?

It is critical to keep the aquarium clean and to take steps to monitor the levels within the tank. Providing the correct environment for the fish will also minimize stress by allowing them to engage in normal behaviors such as hiding.

This includes ensuring that none of the fish are bullying one another or are afraid of the other species in the tank. You should also be cautious when adding new members, ensuring that they are disease-free specimens.

Even with these measures, the disease can still strike at any time.

It’s critical to learn to recognize the indicators early on so that you can treat the problem swiftly and avoid it from worsening. The behavior of the fish may change dramatically.

Early warning symptoms include reluctance to feed, darting around in an anxious state, no balance, rubbing or darting past items, hiding more than normal, shyness, or strange posture in the tank.

Physical indications include a bloated or distended look, discolored, corroded, or clamped fins, and a swollen or distended appearance. The gills may change color, become inflamed, or move quickly.

The eyes may appear puffy or clouded, and the lips may appear eroded, irritated, or’sticky.’ You may notice that the fish has darkened or paled, or that there are spots or discolored patches on it. On the body of the fish, you may observe holes, ulcers, growths, or sore places.

If you’ve seen any of these symptoms, you can now utilize the information below to figure out what they are and how to properly treat them, Aquarium fish diseases and treatment.

Symptoms include fish gasping at the surface or clinging to it. Their gills move quickly, and they may lull onto their side. Slime patches on the body or near the gills are possible. The eyes of the fish may get obscured, and the color of the fish may darken.

The fish may also dart about suddenly before returning to the surface or losing their balance. Depending on the reason, this may only appear in certain species.

Poor water quality, which can include high or low Ph balance, as well as excessive ammonia and nitrate levels. This could be the result of overcrowding tanks with fish.

Following a water change with untreated tap water, it could potentially be related to chlorine or extra metals. If specific species exhibit it, it may be due to overtreatment of a previous sickness in which they were vulnerable to an active ingredient; this is especially true of invertebrates.

It’s also possible that a poison has gotten into the water, household cleaners, sprays, and room fresheners, among other things.

Check the pH and nitrate ammonia levels in the water. Treat as needed based on the outcome. A water change using pre-treated water is also recommended (use a tap-safe water treatment). After then, you should strive to figure out the actual cause so that you can take safeguards.

Symptoms include the inability to keep balance, swimming on the side, or being forced to the surface. It’s also possible that they won’t be able to swim up and will roll over if they hit the tank’s side. There are no other symptoms associated with this.

Treatment: Use a swimbladder treatment and make sure to follow the manufacturer’s instructions. Tonic salt in the amount of 5g per liter can also be used. This will assist the fish in self-correcting, but it must be added over several days to avoid shock.

3. Bacterial Infection Within the Body

Symptoms: Unexplained deaths are frequently the first sign, as it has a wide range of symptoms that can be mistaken for other conditions at first.

Fins that appear corroded or opaque, eyes that become bloated, dilated, or hollowed out, holes or ulcers on the fish, the fish’s color darkening, and the fish’s inability to maintain balance are some of the symptoms. However, any one of these symptoms can occur in conjunction with another, and sometimes they do not.

Causes: Poor water quality and an imbalance in the bacteria in the aquarium. It will happen after any type of stress, but especially if the fish has been injured or is battling.

Care: Earlier, only antibiotics prescribed by a veterinarian were successful; however, an internal bacteria solution can now be purchased to treat the water directly. You should also check the water for any imbalances and take appropriate action.

Symptoms include the fish gaping and hanging at the surface of the water, as well as rapid gill movement, pale gills, and eroded gills in extreme cases. 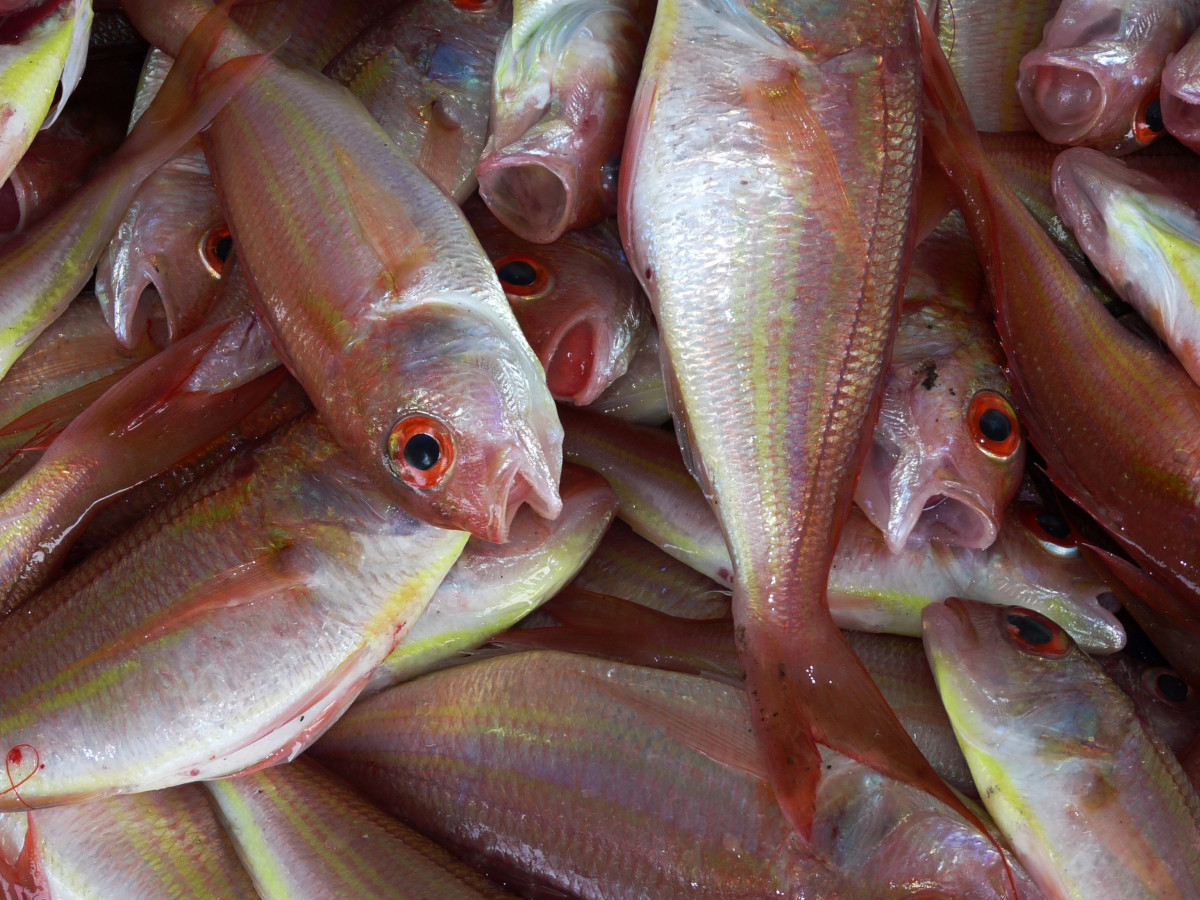 Antibiotics supplied by a veterinarian were historically the only option for treating an internal bacterial infection. A quick treatment with an internal bacteria solution, on the other hand, will eliminate the threat completely. You should also check the water for any imbalances and take appropriate action.

Bulges that are white or cotton wool-like growths, especially on the head and sides, are symptoms.

Causes: An imbalance of fungal spores present naturally in aquaria, usually as a result of stress or damage to the gills or mucus membrane.

Freshwater fish should be treated with antifungus therapy. Make sure the water quality is good and that nothing is harming your fish.

Fin Rot is a term used to describe a-

Fins appear corroded, opaque, and may have ‘blood’ streaks running through them, aquarium fish diseases and treatment.

It’s critical to cure this as soon as possible before it spreads to the fin’s base.

Check water quality and treat with an antifungus and fin rot treatment.

Treatment: An antifungus and Fin rot treatment, followed by a water test, should clean it up. It’s critical to act fast.

Symptoms include slime patches, as well as flicking and rubbing against things and clouded eyes. The fish may also gape or hang at the surface, and the gills may appear pale, though this isn’t always the case.

Stress facilitates parasitic infection by parasites that are naturally present.

Use an anti-slime and velvet treatment, test the water, and eliminate any stress points.

Symptoms include an odd peppering of golden spots on the fish and rubbing against aquarium objects. It’s possible that the fish has pale gills and gapes at the surface, but this isn’t usually the case.

Use an anti-slime and velvet treatment, as well as checking the water and eliminating any stress causes.

Symptoms include a large number of odd white spots around the size of a grain of sugar, as well as flicking and rubbing against aquarium objects. The fish may also have pale fins and gasp at the surface.

Use a white spot treatment solution and reduce the aquarium’s temperature by a few degrees for a week. Remove stressors from your life.

10. Parasites of a higher level

Symptoms include the fish gaping and clinging to the surface. It will have pale gills that may appear degraded at times.

It will brush against solid objects and plants and may attempt to jump out of the water, but the most noticeable feature is the presence of pale discs, wormlike attachments, or threadlike discs on the body or gill area.

There are various reasons, the most common of which being infection from wild captured or infected stock. The perpetrators are mostly crustaceans with a variety of looks.

Anchor worms can grow up to 20mm in length and burrow under the fish’s skin. Fish lice are parasitic discs that feed on the mucous membrane, skin, and fins of fish. They have the potential to infect you with bacteria.

Gill maggots are named after the maggot-like egg sack that is frequently seen connected to the gill area as well as in the mouth. Gill maggots, in particular, are capable of causing death.

Use an anti-crustacean parasite medication as soon as any symptoms appear. Read the instructions thoroughly because they may have an impact on the health of your aquarium. If at all possible, attempt to pinpoint the root of the issue and address it correctly, aquarium fish diseases and treatment.